It’s Time to Give Back to Manitoba’s North 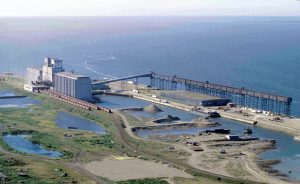 A new Errol Black Chair report by Lynne Fernandez examines how events are
unfolding in Churchill and The Pas. It puts these events in the context of
the entire Northern region and urges government to consider the needs and
aspirations of Manitoba’s Northerners when considering the best way to help.

The report explains how the recent job losses caused by the Churchill port
closure and Tolko plant shut down will reverberate throughout the local
economy. But this study also recognizes that billions of dollars of profit
have been extracted from the North and enriched people and companies with
little or no connection to the region. Whether it be through hydro, mining
or logging, First Nations peoples have rarely benefitted from southern
enterprise and, up until recently, were not even consulted when megaprojects
were planned and implemented – even though the projects destroyed
traditional lands and lives.

Manitoba’s population is around 17 per cent Indigenous, and the median age
in this group is 21 years, vs. 39 in the population as a whole. When we talk
about the Northern economy, we should be putting it in the context of the
predominately Indigenous population, keeping in mind that this population is
diverse, young and growing faster than the non-Indigenous population.
Because it is also a population that has not fared well under modern,
colonial economic development it is now turning to its own resources and
ideas to chart its own course.

The report provides details on the innovative work being done by Indigenous
communities and provides recommendations for how that work can be scaled up.
It concludes that there is no need for an entire region to remain
underdeveloped, but Northerners themselves need to drive the change.